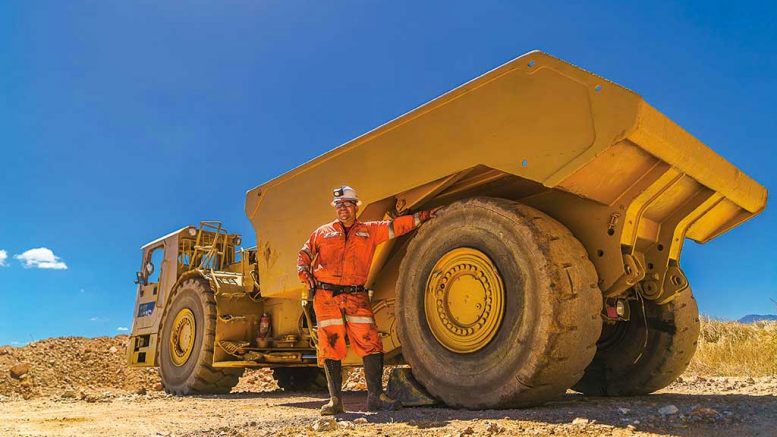 Under the agreement, a syndicate of underwriters purchased 52.58 million common shares in the company at $1.75 per share. The deal includes the exercise, in full, of an over-allotment option of an additional 6.86 million shares at the offer price.

“The deal went extremely well and was roundly supported by our shareholders,” Darren Klinck, the company’s president and director, said in a telephone interview. “This latest tranche of money will allow us to advance basic engineering at the project and to move into the optimization phase. We envisage that the offer will be closed in around ten days from now.”

The company has also entered into an agreement with G Mining Services, a specialized mining consultancy firm based in Montreal, Canada. Together, the two companies will form an integrated project team that will manage critical aspects of the project, including optimization of all areas of design, execution plan and basic engineering work. “G Mining recently partnered with Lundin Gold (TSX: LUG) on its Fruta del Norte project in Ecuador,” says Klinck. “There are many synergies with our project, given that Jack Lundin recently joined us as the CEO and the Lundin Family is our largest shareholder, with 34% of the shares. So, we hope to replicate the success achieved at Fruta del Norte.”

Bluestone appointed Lundin as its new CEO in January. Prior to joining the company, Lundin had spent four years helping to develop the Fruta del Norte mine, which achieved commercial production in February.

Key areas for optimization will include process and layout trade-off studies, which are already underway. With further metallurgical testing nearing completion, Bluestone says it is close to finalizing the flowsheet, allowing them to confirm equipment selection for the project.

Updated project capital and operating costs estimates will also be prepared for the mine, processing facilities and balance-of-project facilities.

“We are also well advanced on the mine development contract and have already started to build out recruitment for the underground mine team, including training plans and project readiness initiatives,” Klinck says. “We’re also making good progress on the project debt financing package.”

The majority of the optimization and engineering work has been unaffected by the Covid-19 outbreak and continue to advance to plan, Klinck says. “Although the infill drill program was suspended several weeks ago, it is likely to restart in the next week or two.”

“Full marks to the Guatemalan government on how seriously they’ve taken the COVID-19 outbreak,” he continues. “They were very early to respond by closing inter-departmental travel in the country as well as introducing curfews. As a result, they have experienced a relatively modest number of cases and deaths.”

Fortunately for the company, most of their drilling team comes from the local community, he says. Although the government has softened the curfews, the company will limit work to just one shift a day, while ensuring that their workforce is safe and protected and follow the strict protocols put in place.

The company is also looking to finalize an underground mining contract later this year and is targeting the start of production around the second half of 2022. Average production for the underground mine will be around 113,000 oz. gold per year over a mine life of 8 years for total production of 902,000 oz. at all-in sustaining costs (AISCs) of US$579 per ounce. During the first three years, the mine will produce an average of 146,000 ounces.

A feasibility study completed in January 2019 outlined initial capital costs of US$196 million, including contingency, and an after-tax payback of 2.1 years, based on base case gold and silver prices of US$1,250 per oz. and US$18 per oz., respectively.

“Investors are getting very excited over the project, as there aren’t that many development projects in the gold space that will be producing in 2022 and that have the kind of margins we do,” says Klinck.

Located 160 km east of southeast of Guatemala City, the high-grade gold project is fully permitted for production. Bluestone acquired the project in 2017.

Bluestone entered into a US$30 million credit facility with Natixis, a French multinational financial services firm, in January. The proceeds of the facility are being used at Cerro Blanco for detailed design and engineering and early development work.

The company has 78 million common shares outstanding for a $155.72-million market capitalization.

On the Move Newsletter 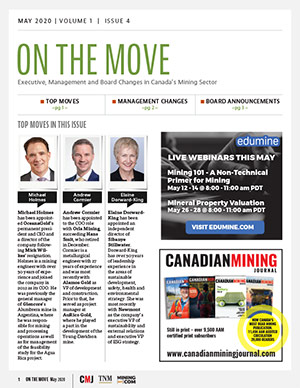 Sumitomo to sell stake in Sierra Gorda copper mine

Gold Standard is Back!

Rockcliff hits near-surface copper and zinc at Freebeth in Manitoba

Danakali closer to getting Eritrea potash project off the ground